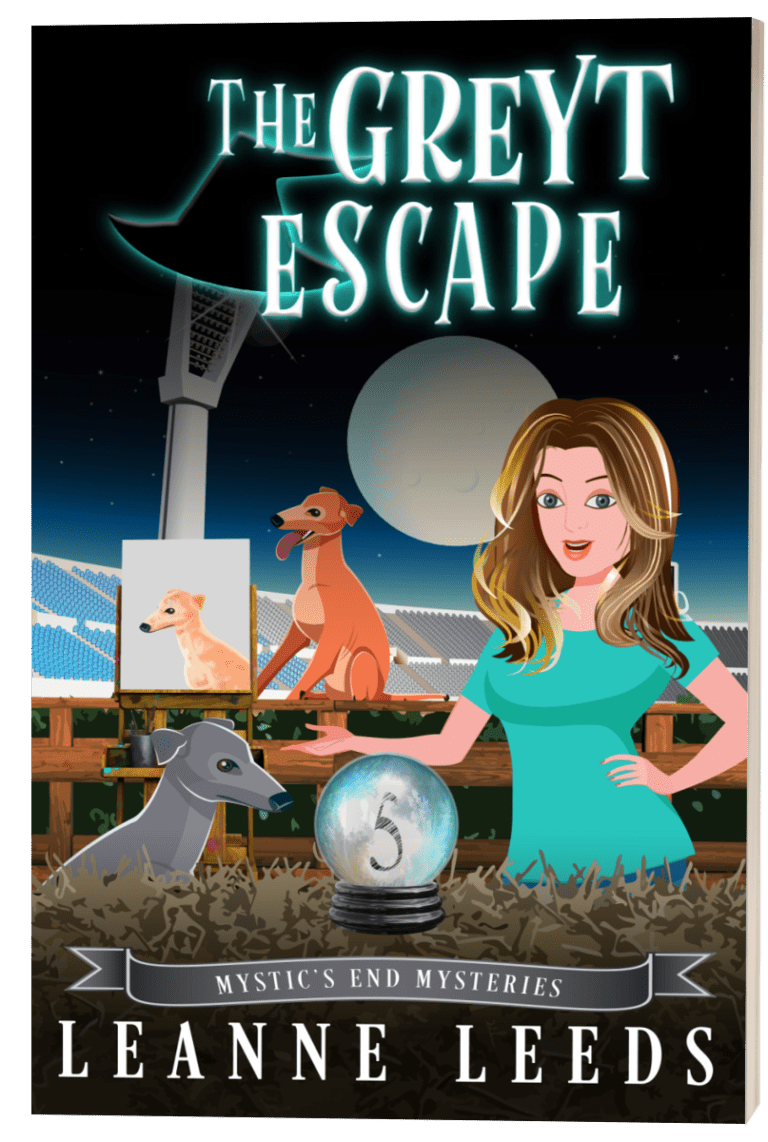 A champion greyhound gone.
A sleazy detective out to get her student.
Can Fortuna find the hound before the inept Mystic’s End Police hound an innocent teen straight into prison?

When Mystic's End Racetrack asks Fortuna to paint a portrait of their champion racing greyhound before he's sold and sent off, she doesn't realize the controversy that swirls around the friendly dog. His owner recently died under mysterious circumstances amid a family feud fueled by intolerance—and now the champ's ownership is hotly debated. The drama lands the witch at ground zero of a simmering fury that's been years in the making.

When the dog disappears after his sitting, the Mystic's End Police Department turn their sights on Fortuna's young art student assistant, Azalea Cotton, after discovering her membership in an animal rights group. When Mystic’s End Police lock Azalea up for refusing to reveal where the dog is, Fortuna and Pepper must race to find the dog and clear the teenager's name.

Can Fortuna find the greyhound in time? Or will the Mystic's End Police Department finally lock up someone for a crime—even though they're innocent?